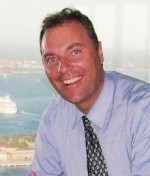 In this time of global economic upheaval and uncertainty, the common question asked around town is, 'what does it mean to me?' In this October newsletter, we try to answer some of these questions with commentary from eminent people like Gerry Harvey CEO of Harvey Norman, Gary Wright CEO of BISS Research, as well as Steve Parker Managing Director Unisys Australia/NZ.

The bottom line is that there are still serious skill shortages and that these shortages may even affect the rate of recovery. The Australian employment market may see some sector-specific fluctuations but in the main should stay relatively stable. Market conditions may even potentially favour and uptake of contract personnel providing employers with greater flexibility and reduced risk.

This issue also provides a quick update on Zealancer and current the initiatives underway, comment on the ongoing battle for companies to hire quality staff ‘the war for talent’ and a short article from one of our contractors as well as the obligatory bad joke and totally useless facts.

The launch of Zealancer has seen early successes with multiple contractor introductions having been made. Our clients are very pleased with the flexibility and ease of use they’ve experienced in using the service (not to mention cost advantage). Our near future focus will be threefold. Firstly, to grow the contractor database, secondly to drive prospective ‘buyers’ to Zealancer.nz, whilst thirdly, ensuring our clients experience the very best by applying strict quality control procedures to all registrations and requests.To achieve these goals, a quality multi-tier marketing program has been deployed which includes in part Google Adword campaigns, direct marketing campaigns, targeted focused client campaigns, partnerships with industry associations and media advertising and promotion.

Market update: What does it mean to me?

Thanks largely to Australia’s strict banking regulations; the Australian market economy is in remarkably good condition especially given the instability of the global markets in recent weeks. We are still enjoying one of the lowest unemployment levels of the last three decades with the majority of Australian businesses having healthy balance sheets backed by solid profits. Our finance institutions also don’t have the heavy leveraging experienced by many of the international banking community.

Gerry Harvey, from Harvey Norman fame, is on record as stating that he doesn’t believe Australia is going into recession. Despite the doom and gloom scenarios projected in much of the media, many business and academic commentators tend to agree to expect continued GDP growth. Few however being prepared to nominate a percentage.

We are likely to see significant sector-specific fluctuations in employment levels but given the overall demand, redundant personnel should be readily absorbed by more buoyant sectors. The employment market is therefore expected to stay relatively stable in the near future. In the end, however, the state of the Australian employment market will be determined by market psychology and consumer confidence. The government’s $10.4B cash injection should go a long way to bolstering this. There is also a strong likelihood that we may see increased demand for freelance contract personnel as corporations, seeking to gain greater flexibility over their cost base, increase their contractor to FTE headcount. In fact, Gary Wright, CEO of UK based BISS Research, argues that skill shortages could actually impede the recover “with a dearth of experienced employees in the finance sector”. He argues that “enormous pressures are put on too few knowledgeable senior people to ensure operational efficiency”. This all means continued, and growing, demand for quality contract freelance specialists of all kinds.

Research: The talent war heats up

As they compete in the market for the talent necessary to drive their business, many employers now routinely appoint contract staff in specialist positions. The flexible workforce model allows them greater flexibility in managing special projects and the associated risks. A recent study by Unisys Australia/NZ found that staff turnover will significantly cost Australian businesses over the coming 12 months. 'At a time when the skills shortage is squeezing the Australian economy, staff turnover is turning into a major problem that is already costing the country´s businesses more than $A100 billion a year. It costs more to continually replace staff, and in a tight labour market each new hire drives up wage levels for the same job role without a corresponding increase in productivity. When good staff leave, intellectual property and the valuable relationships they established with customers and business partners, go with them. All indications are that this has gotten worse in 2008,' said Steve Parker, managing director of Unisys Australia and New Zealand.

Unisys´ analysis showed the cost of replacing a worker is around 1.5 times that person´s yearly salary. Based on ABS figures, 1.2 million people changed jobs in the 12 months to February 2006. Using average weekly earnings, that potentially ended up costing the Australian economy more than $A100 billion a year. A study by the Australian Chamber of Commerce found that 69.9 percent of businesses were concerned about wage levels increasing without a corresponding increase in productivity. 'The Australian labour environment is challenging: We have the lowest level of unemployment in more than 33 years, around 21 percent of Australians have a bachelor degree or higher, and almost one in five aren´t in a traditional full-time role. In other words, employees are qualified, they are getting younger, they are on the move and they don´t expect to stay with the same employer for the life of their career,' Parker said.

Freelancers can present themselves with a short article in the Zealancer-News. Today we present you a service provider who specialises as a business consultant.
______

I have a PhD in Information Communications with extensive experience working in the retail, education and manufacturing sectors. I work closely with business stakeholders in order to understand and map existing or define new, business processes that directly affect the cost base. I use UML standards to identify the core entities in the problem space readily facilitating new design or re-engineering of the process to achieve measurable improvements.

I have a clear focus on communicating with all levels (Business, Project Managers, Solution Architect and Developers). I am an effective and strong facilitator and use workshops to quickly gain consensus extract the optimum requirements through sound interview techniques, encouraging the users to voice their priorities and concern in any stages of the System Development Life Cycle (SDLC).
______

Two women are on a transcontinental balloon voyage. Their craft is engulfed in fog, their compass gone awry. Afraid of landing in the ocean, they drift for days. Suddenly, the clouds part to show a sunlit meadow below. As they descend, they see a man walking his dog.

One of the flyers yells to the figure far below, 'Where are we?'

The man yells back, 'About a half mile from town.'

Once again, the balloonists are engulfed in the mist. One flyer says to the other, 'He must have been a lawyer.'

The other says, 'A lawyer! How do you know that?'

The first says, 'That’s easy. The information he gave us was accurate, concise, and entirely irrelevant.'

1. Coca-cola was originally green.
2. Every day more money is printed for Monopoly than for the US Treasury.
3. Smartest dogs: 1) border collie; 2) poodle; 3)golden retriever.
4. Dumbest dog: Afghan
5. Hawaiian alphabet has 12 letters.
6. Men can read smaller print than women; women can hear better.
7. In ’87, by taking out one olive from each salad served in first-class, American Airlines saved $40,000
8. City with the most Rolls Royce´s per capita: Hong Kong
9. Percentage of North America that is wilderness: 38%
10. Percentage of Australia that is wilderness: 97%