How did COVID-19 affect the freelance market in New Zealand? 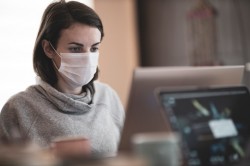 Our current reports show that there has been a massive increase in the number of Kiwis who have started to earn independently due to COVID-19 crisis.

According to the Survey of Working Life in 2018, about 144,000 Kiwis work as self-employed contractors or freelancers, which is just over 5 per cent of the workforce. Moreover, it is predicted that self-employed workers will increase further during the pandemic. The proof to this can be seen in the latest reports taken from Intech, a company that deals with financial administration for self-employed, contract and freelance workers, states an impressive 260 per cent increase in sign-ups to their services compared to the same three months in the previous year.

Due to this unprecedented pandemic, businesses became more likely to be open to using freelancers. After seeing how people were able to work from home with such success during the lockdown and there is not so much fear of people working remotely anymore. In addition to this, the perception that if someone works far from the office, they cannot do their job has also ended.

It is considered to be a well-known fact that the independent earners make up a large part of the New Zealand economy, more than ever now. According to Payoneer’s latest report, in a survey of over 1,000 global freelancers, they found that 60 per cent of freelancers experienced a decrease in demand for their services during the pandemic. However, the future for freelancing remains bright as 23 per cent reported that business has remained as usual and 17 per cent stating that demand for work has actually increased.

This article was published in the Zealancer-News 65.