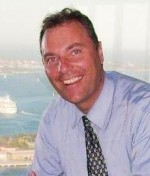 In this Zealancer-News we present you our current research about the ever increasing number of co-working spaces in New Zealand.

In addition to that, our freelancer’s article tells you all about unprofessional event management. Moreover, we provide you with answers about the challenges of finding a suitable freelancer. In the end, our freelancer joke, you will read a story of a trainer who started his career with only 2 dollars.

I hope you enjoy reading this news and as always I wish you success in business!

Co-working in NZ is booming

Day by day people are becoming more interested in co-working spaces. It is a common fact that when we hear the word “co-working”, the first people that come to mind are entrepreneurs, freelancers, and digital nomads. However, these areas are a growing trend, not just for freelancers but for a range of small businesses.

Co-working was first introduced by iconic programmer Brad Neuberg, who launched his co-working space in San Francisco to replace less productive home offices of “small businesses”. In New Zealand, co-working became a real trend in the 2010s. According to Lorne Somerville, a leasing specialist at Barfoot and Thompson commercial, “The co-working spaces provided in New Zealand total 13,900 m² in 2016, and is expected to increase extensively this year”. He was not wrong as by the end of April 2018, co-working spaces expanded into around 20 operators and almost 30,000 m² of space. In New Zealand, the demand for co-working offices currently surpasses those such as Smales Farm, Generator, BizDojo, Thinkspace, and Regus.

Many freelancers working from home sometimes find it difficult to work due to interference from children, noisy activities taking place within the surrounding. The availability of co-working spaces can overcome these home-workplace frustrations and act as a creativity boost.

For example, Virginia Adams is a digital marketer who has been handling her freelance projects from home. Virginia thinks she is never able to complete tasks at the right time but soon realizes that her husband and children have been distracting her while she was working. “When I chose to register to an office in Auckland, I became more productive and attentive at my tasks. I can now submit my work before the deadline,” says Virginia.

Co-working offices tend to unite the entrepreneurs so they can operate and interact as a community. They share WiFi, servers, boardrooms, cafe, and toilets under the same roof. This soon extends to sharing ideas, advice and even business contacts.

Inevitably, this trend has strengthened the connection between the people using the co-working spaces and helped them to expand their networks. You never know who you are going to meet in these co-working hubs. If you are a freelancer working from home, do not hesitate, it is time to join the trend!

Service providers can present themselves with a short article in Zealancer-News. In this issue, we showcase our freelancer 13450 from Wellington who is an event manager focusing on branding.
___

Has this happened to you? A customer event is about to take place in your company and “someone” urgently needs to take care of it? Most companies consider events more as a burden than as a benefit since it has to be organised by employees during extra time or overtime. What is your next action when you are informed about a scheduled event? What if you want to contribute and ensure that everything is handled smoothly during the event?

It is needless to abandon your official duties to organize an event while there is someone out there who is specifically equipped with event management skills. Opt for Plan B to save your time and resources! When you engage the services of a professional planner, everything will be conducted quickly and neatly. I can assure you that you will harvest success at the end! It has to be conducted systematically - where all tasks are assigned based on necessity, and the documents from the past year are secluded skillfully. There is no more time to research new ideas and certainly no more time to get offers and compare them.

Remember, a customer has entrusted you with this service. Use every minute to justify the trust and uphold your reputation in the industry. To be considered a continued business partner, you must professionally organize the event.

The success of an event doesn't end at preparation but extends to the event day. Take your time and visualize how you want the venue to look, and source some experienced workmen to wear the hat. Who will be on the site at an early stage and who will be the contact person for the incoming service providers? Who places the artists and takes care of the technology? Who controls the service personnel and keeps an eye on clearing the plates and emptying the ashtrays? Is the schedule still right? Is the music too loud? Are the toilets clean? Are the trophies, microphones, and presenters ready in time for the award ceremony? Who keeps calm when something goes wrong and who coordinates the dismantling? Ideally, the person who made the arrangements should also be in charge of the site.

Today, event management is a special field in itself, which profits from experience, successes, survived crises and solved problems. Even if you have an event department in your company, there is a possibility of defeat if several events are to take place at the same time. It does not pay off to hire another specialist for individual out-of-sequence events.

Before you interrupt the running operations, let your employees do their jobs and get professional support. Then you can calmly devote yourself to the purpose of your event and above all to your customers.
___

Question of the month: How to find a suitable freelancer? 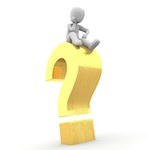 What are the biggest challenges for companies to find a suitable freelancer? This question was recently presented to Rainer Kurz, the Managing Director of Zealancer.nz, during a blog interview. Here is his answer:

It is a challenge to choose a freelancer with matching skills and experience. Of course, you have to consider the hourly rate, location, language, and availability. In any case, you should take enough time to find the optimal service provider with provable experience and not only hire based on educational background. A marketplace like Zealancer.nz, which clearly compares the features of freelancers, can be of great help to your virtual hiring process.

Even if you have found a contractor who matches the specifications of your job post, there is still the problem of mutual trust between freelancer and client. Can the freelancer really do what they promise? Is the client reliable? Should the freelancer deliver something first or receive upfront payment before submission? This is where the escrow payment services offered by Zealancer.nz helps to build trust between the freelancer and the client (“escrow” means payment via a trusted third party). As Zealancer tries everything to help the contractor and the client, this secured transaction method is provided free of charge.

As always, the freelance trainer is holding his seminar 'Success into 2019' at the turn of the year and is just telling how exactly 40 years ago he arrived in Silicon Valley with only two dollars in his pocket.

Suddenly a participant interrupts him and wants to know exactly what he did with the two dollars. – 'It was actually quite simple! I called my father in New Zealand and asked him to send me money.'